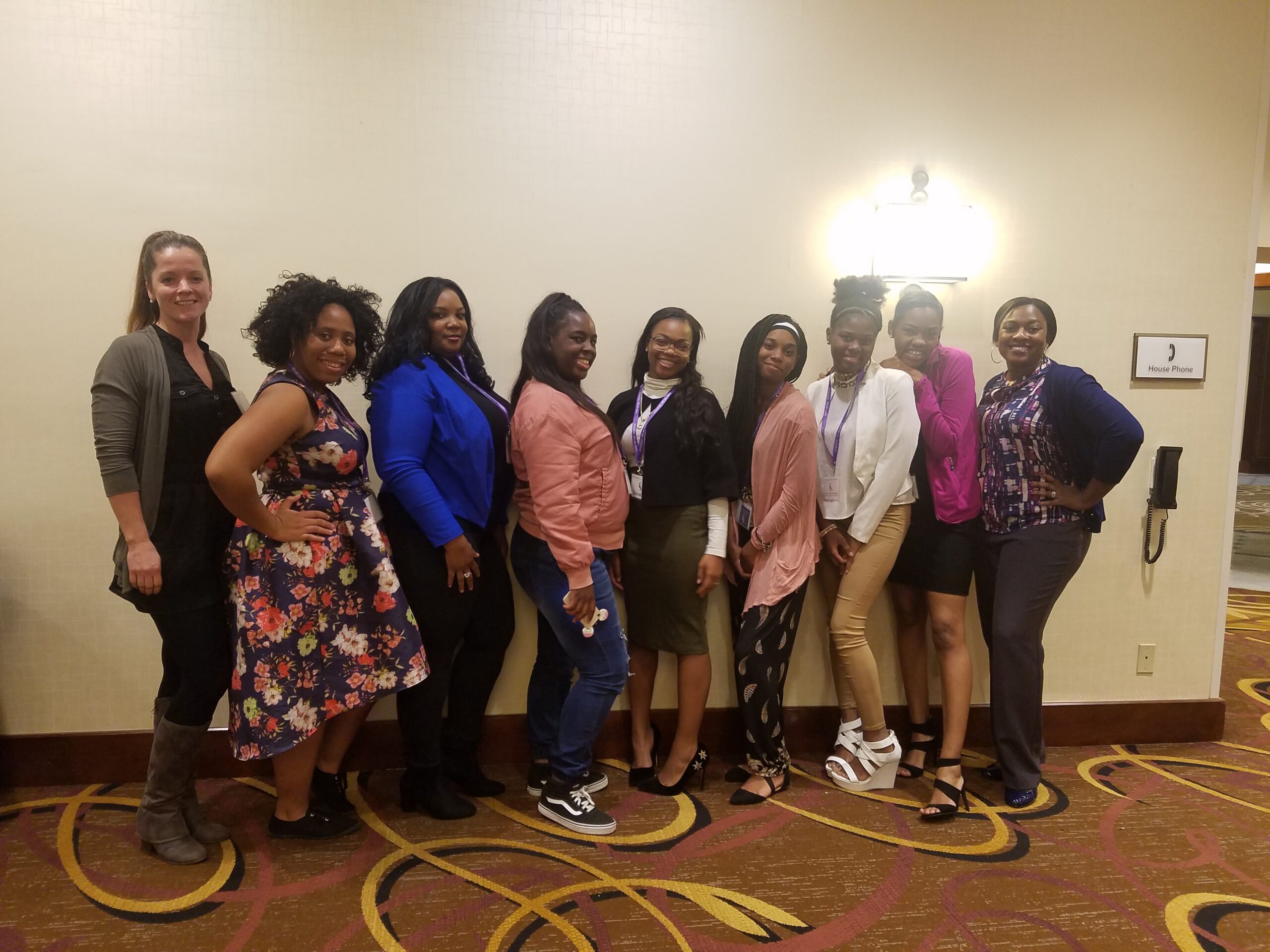 On Friday, October 19th, 2018, seven members of the Gary Middle College East/West chapter of Sister 2 Sister traveled to Indianapolis for the annual Student African American Sisterhood (SAAS)/ Sister 2 Sister (S2S) National Conference. The conference was held at the Sheraton Hotel at Keystone at the Crossing. For many of the current members, this was not only their first time attending a national conference, it was their first time leaving their local community. The Sisters were escorted by Ms. Uzoma F. Obidike, employment coach and S2S advisor, as well as Ms. JuliAnn Merrion, English teacher at Gary Middle College West.

Though SAAS has both college and high school chapters, Gary Middle College was the only high school chapter present at the conference. The chapters in attendance were represented colleges and universities from across the country, including: California, Florida, Georgia, Illinois, Indiana, Michigan, Minnesota, New York, Ohio, South Carolina, and Texas!

Following the conference, the Sisters are still raving about their experiences from that weekend. Many of them were personally moved by the session topics that were presented. Some of the most impactful sessions include:

Many of the Sisters got out of their comfort zones during this conference by sharing their personal stories and by reading their poems in front of the entire audience. It was a transformative event for them in so many ways.  The Sisters were able to build new friendships with each other and with ladies from the other chapters. One highlight of the trip was the group dinner to The Cheesecake Factory at The Fashion Mall.  Another special moment was during the banquet when Ms. Black USA, Mercedez Ja’Miece, offered up words of encouragement to the ladies. She also performed a powerful piece of spoken word poetry, which was well received by many in the room.

Though Sister 2 Sister has been a club at Gary Middle College since spring 2016, the club became an official chapter through the SAAS/S2S National Organization in spring 2018 under Ms. Obidike’s leadership. The GMC Sisters now feel a greater sense of pride being part of this larger organization.  They are eager to use this platform to plan new programs and initiatives, as well as to recruit new members for the spring semester.