Hearing from our Alumni on the benefits of GEO Academies “Launching Pad” model.

Dr. Thomas L. Brown Sr., and Kelli Marshall, School Leader of GEO Next Gen Indy recently had the opportunity  to sit down and talk with two of GEO’s Alumni via a Zoom meeting. These two extraordinary young men came from different backgrounds and became fast friends to experience success through GEO Academies’ College Immersion program at the high school level.

During the program, the young men noted that one advantage GEO provided them was the smaller class size  which allowed teachers the time to be more involved in a student’s individual needs.  Jeremiah also discussed the struggles he experienced while at a prior school.  He felt he had no mentorship and didn’t feel any support from teachers.  Jamal shared he gained a sense of conﬁdence in his ability to succeed with the support of  GEO.  He felt that conﬁdence and independence was especially supportive for students entering a college campus.  Both young men felt GEO is really good with working with parents and the students together in giving students the independence and ability to take college courses as early as the freshmen or sophomore level of high school.  For new students, Jamal and Jeremiah shared great advice:  Enter with an optimistic and open mind, you don’t have to have everything ﬁgured out, ust have the mindset you can get through it and here’s always going to be people there to guide you in the right direction. 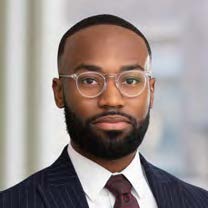 Jamal attended a GEO Academy from 8th grade to graduation earning 28 college credits by the time he graduated high school. At 15 years old, he was taking college classes at Ivy Tech through GEO’s College Immersion program. Jamal remembers the confidence this instilled in him. “I was sitting alongside other students who were much older than me and still able to hold my ground academically.” He learned accountability and responsibility for his academic performance. By the time he enrolled at IUPUI, he was familiar with college and was able to hit the ground running, and because of his 28 credits, he was able to jump start his Political Science degree with his entire foreign language requirement completed. A GEO Academy teacher helped Jamal secure an internship at Teacher’s Credit Union, where he worked as a paid intern during his senior year of high school. Subsequently, his internship turned into a job Jamal held during college.

Jamal’s early acceleration paved the way for even greater things, as he followed his successful undergraduate experience with a Law Degree from IU McKinney School of Law in 2019. He is currently pursuing his full-time career with Barnes & Thornburg practicing in the area of corporate law. He assists clients, including startups, with mergers and acquisitions by reviewing, revising and managing legal due diligence reports, drafting memoranda on the legal standards for such transactions, and preparing confidentiality agreements. Jamal also advises on the certification process for women and minority-owned businesses. Outside of his practice, Jamal is very involved in the community, particularly with causes related to education and youth mentorship in the greater Indianapolis area,

Some of his professional and community involvement include:

He graduated college with honors: 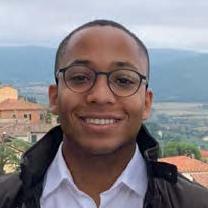 Growing up in Indianapolis’ inner city, Jeremiah was the youngest of ﬁve siblings-none of whom graduated from high school. He was raised by his grandparents, who supported Jeremiah and enrolled him in a GEO Academy. He quickly began to excel academically and was able take advantage of GEO’s ﬂexible model to skip over 5th and 7th grade.  An eighth-grade aptitude test indicated he might have the skills to become an engineer.  Jeremiah laughs at the memory, and recalls that he didn’t even know what an engineer was at the time.  At the young age of 13, he was taking college courses at Ivy Tech paid for by GEO.  By the time he graduated high school at age 16, he had earned over 50 college credits.  Jeremiah truly believes, “Without the dual credit program, I would have never gotten into Rose-Hulman. When I ﬁrst started taking college courses, it was more accelerated and more challenging, but it prepared me to survive Rose-Hulman. Rose-Hulman was 3 times harder than my Ivy Tech courses.” He adds, “I had the best ever teachers at GEO Academies. They encouraged me to successfully apply for a research trip to France, and how to make my Rose Hulman application competitive.   During high school he was a member of the Robotics Team, Student Ambassador and an elementary student mentor.

Jeremiah’s early academic success continued all the way through college graduation.  He graduated from Rose-Hulman in 2016 with a degree in Computer Engineering.  For the past four years, he has been with Intel Corporation in Portland Oregon as an SOC Design Engineer. He has an exciting career that involves Implementing, designing, and testing CPU environments in Intel’s platform engineering – artiﬁcial intelligence and high- performance computing division.   He is also involved in developing bus functional models (BFMs) for ﬁrmware design and validation for custom silicon ASIC ﬁrmware.

Some of his accolades include:

•    Parliamentarian & Senator for National Society of Black Engineers
•    Level1 Tutor with IAC
•    Volunteered at MentorNet, a division of Great Minds in STEM
•    College Tutor at Prince of Peace from 2014 to 2016