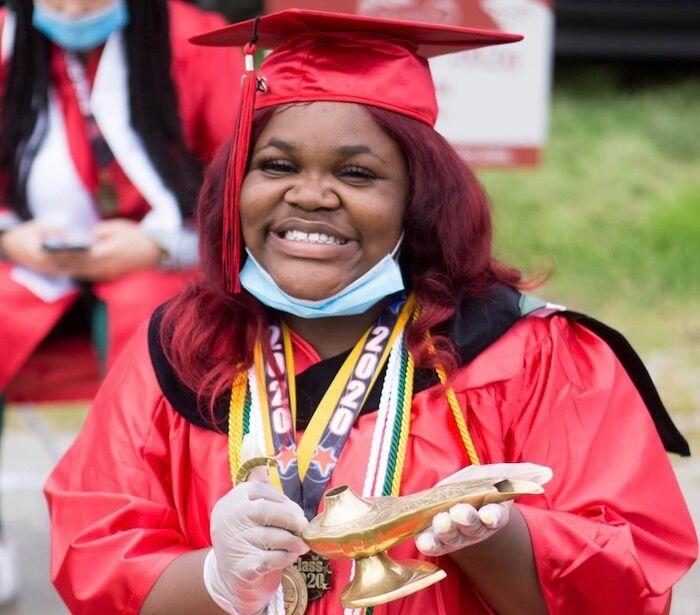 Parents of a freshman in high school might feel like they’re getting ahead of the curve by starting to think about college.  In some respects, they’re probably right. But they also could be wrong in one major way.  Students from low-income families can qualify for up to four years of paid tuition at in-state public colleges and universities — and a comparable amount for private schools — from the state’s 21st Century Scholars program.  Students have to sign up by the summer of their eighth grade year, though.

“It’s funny how time flies,” said Esther Woodson, manager of student progress at Indy Achieves, which helps get students signed up for the program. As of May 19, Indy Achieves has helped 636 students apply for the 21st Century Scholars program, Woodson said. Since the COVID-19 pandemic, the organization is still helping students apply digitally.  The deadline to apply is June 30.

“That’s a huge opportunity for students to go and get a postsecondary degree or credential and do it with a huge chunk of their overall cost covered,” said Matt Impink, executive director of Indy Achieves.  Impink noted that less than half of Marion County students are enrolled by the end of their eighth grade year.  Up north in Lake County, where only about 30% of eligible students from the 2020 graduating class are enrolled, Khadijah Brooks is celebrating the end of her high school career at 21st Century Charter School at Gary before going to college with the scholarship in hand.

Brooks finished second in her class and will go to IUPUI as an academic junior because of all of the dual-credit courses she took in high school.  “My parents motivated me a lot to be the best I could,” she said. “I know I want to be successful. I know I want to go to college to get my degree. Why not get a head start?”  Brooks, who will study nursing, said having the 21st Century Scholars help took some pressure off of her to find every available scholarship out there, even though she did keep applying for scholarships to help with books and other expenses.

Aarynn Bernard, who taught Brooks in kindergarten and then helped tutor and mentor her in high school, said Brooks has always been mature for her age, helping other students in class and setting high expectations for herself.  “She’s always very professional, straight to the point,” Bernard said. “She was about basically achieving her success.”  21st Century Charter School at Gary is part of GEO Academies, which is based in Indianapolis.  GEO Academies will open GEO Next Generation High School, a ninth through 12th grade charter school, in the fall of 2020.

Covid-19 is Not Stopping Our Students From Success
Covid-19, George Floyd, Depleted State Budgets? Does GEO Fit In?