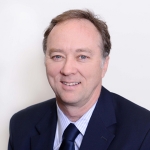 Teasley is co-founder and former president of the American Education Reform Foundation and Council, and former vice president of the Los Angeles-based Center for the Study of Popular Culture. From 1992-3, Teasley served as executive director of ExCEL, the organization that sponsored California’s Prop. 174 school choice initiative of 1993. He also served as Public Affairs Director of the Los Angeles-based Reason Foundation, as public affairs associate with the Washington, DC-based Heritage Foundation, and the Reagan White House. His columns have been published in numerous newspapers including USA Today, Los Angeles Times, Indianapolis Star, Los Angeles Daily News, Washington Times, Orange County Register, and many others. He is a graduate of Indiana University with a double major in political science and journalism.